PINO – 1939 – 2010 We are deeply saddened to announce the passing of Pino on May 25th, 2010. Pino was an immense talent who will be greatly missed. His talent was surpassed only by his character and his passion for life and for his family. Pino was a great friend to The Art Shop and we have been and will continue to be honored to represent his artwork to his collectors from around the world.

PINO — Italian artist, Pino Daeni’s canvases elicit feelings of warmth, nostalgia, love and family. His paintings are often set on vibrantly sunny beaches, typically in the Mediterranean where he grew up. Pino (born Giuseppe Dangelico) is noted for his exceptional ability to capture the movements and expressions of his subjects – a talent which has brought him world-wide acclaim. Pino’s alter ego, a young boy surrounded by beautiful women, (his sisters, aunts and cousins), is found in various states of emotion ranging from adoration to isolation. Many of Pino’s characters are frequently depicted inhabiting sensuous boudoirs or dressing rooms, in anticipation of their husband or lovers.

Pino’s technique, his warm and exciting colors and the subtle, but simple approach to his subject, are the reasons why his artworks are in growing demand throughout the United States. Pino’s original paintings, his hand-embellished limited edition graphics are sought after by collectors throughout the world. 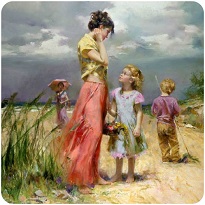 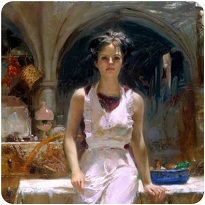 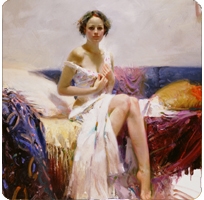 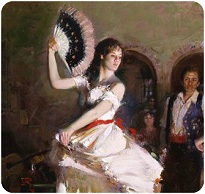 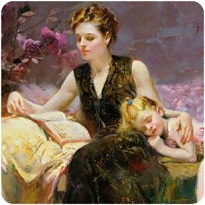 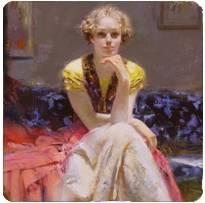 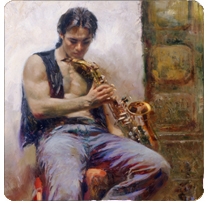 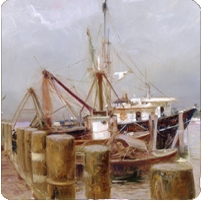 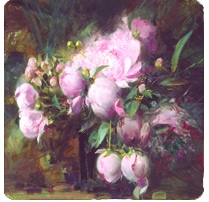 The Art Shop has many original works by Pino including original paintings, sketches & illustrations. Please watch this space. We will post pictures of Pino originals as they become available. 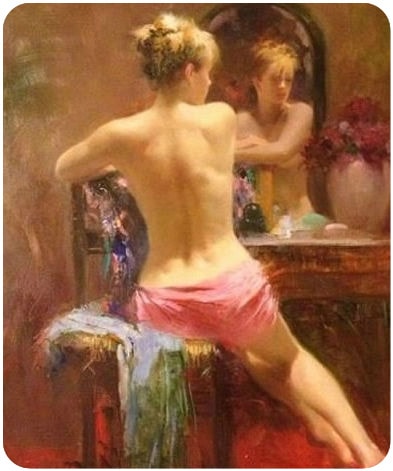 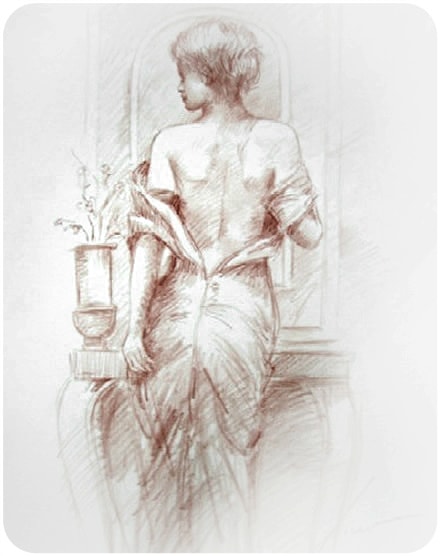 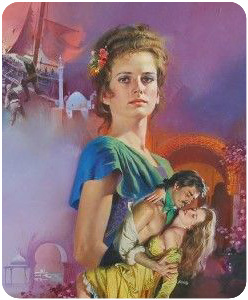