DMITRI DANISH  – Dmitri Danish was born in Kharkiv, Ukraine, in 1966. He was a natural artist from the start, taking his first drawing pencil in hand before he was able to walk or talk. His mother, an artist herself, was the first to discover Dmitri’s talent. She saw that he expressed his thoughts, feelings and desires through his creations, and she started communicating with her son via color and shape. Painting became as natural for Danish as breathing, eating, or sleeping.
By age 5, Danish was taking his first professional painting lessons; he was already able to paint quality landscapes, portraits, still life’s and abstract paintings. At age 13 he was accepted into a gifted children’s art school in Kharkiv, and by age 15 he was enrolled at the Kharkiv State Art College (1982).
Danish’s most favorite genre was cityscapes. He painted cities that he read about in books, cities that he heard about on the radio or in people’s conversations, and cities that he saw printed on postage stamps. He created new countries in his mind and painted their cities, streets, canals, doors and windows. Danish liked painting doors and windows most of all because of their symbolic appeal. They let him view and enter into unknown worlds, which he couldn’t do in reality. His imagination was able to take him to those unusual and magical worlds that he saw in his dreams. In college Danish became fascinated with Kharkiv, the city where he was born and raised. He painted various buildings, wooden houses and walls, small coffee shops under huge old trees, and again, doors and windows from his Southern city. His paintings portrayed Kharkiv as a warm and cozy place to live.

In 1986 Danish graduated from college and began to teach art. He quickly realized that teaching art was not his ideal career – he wanted to express himself through art, not teach others. Danish went into the army for three years and as soon as he returned, he immediately entered into the department of Fine Art at the Kharkiv States Polytechnic University. He began to paint for a living.
After two years he became a member of the prestigious Union of Ukrainian Artists and his paintings were in much demand. His career as a fine artist took off and he began to exhibit in Ukraine, Russia and other Eastern European countries.
In the year 2000 the Kharkiv State Museum of Fine Art conducted a solo exhibition of Danish’s works called “Cities and Mountains” and purchased three of his paintings that are part of their permanent collection. During 2000-2001, the New Jersey Museum of Modern Art also purchased three of Danish’s works. And, in 2003 the Ukrainian government purchased a painting and presented it to the outgoing ambassador of the United States to Ukraine.
Danish has traveled most of Europe visiting cities and countries he dreamed about as a child. He has spent time in Rome, Venice, Sienna, and in many cities of France, Holland, Hungary, Austria, Greece, and Turkey. 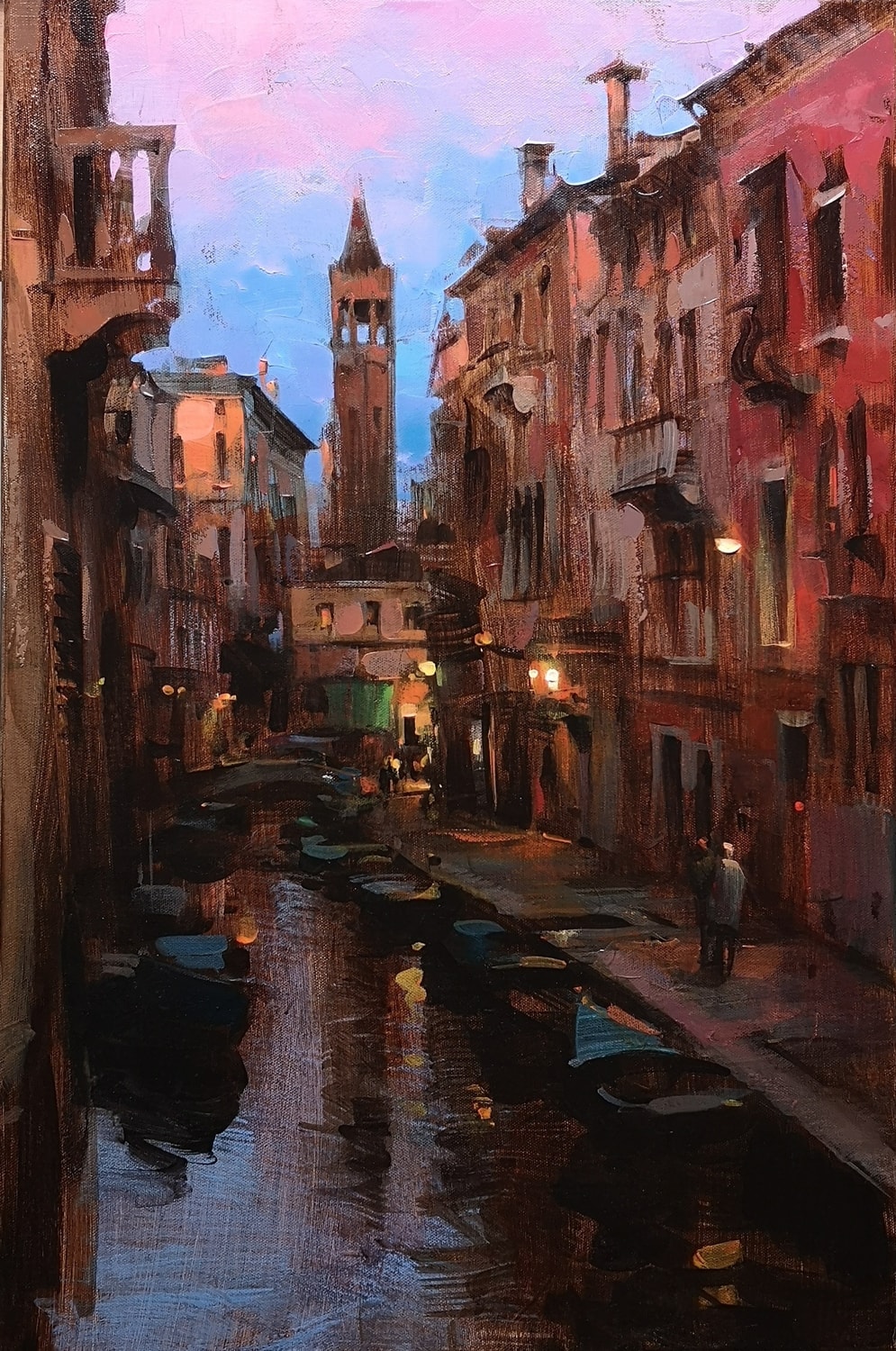 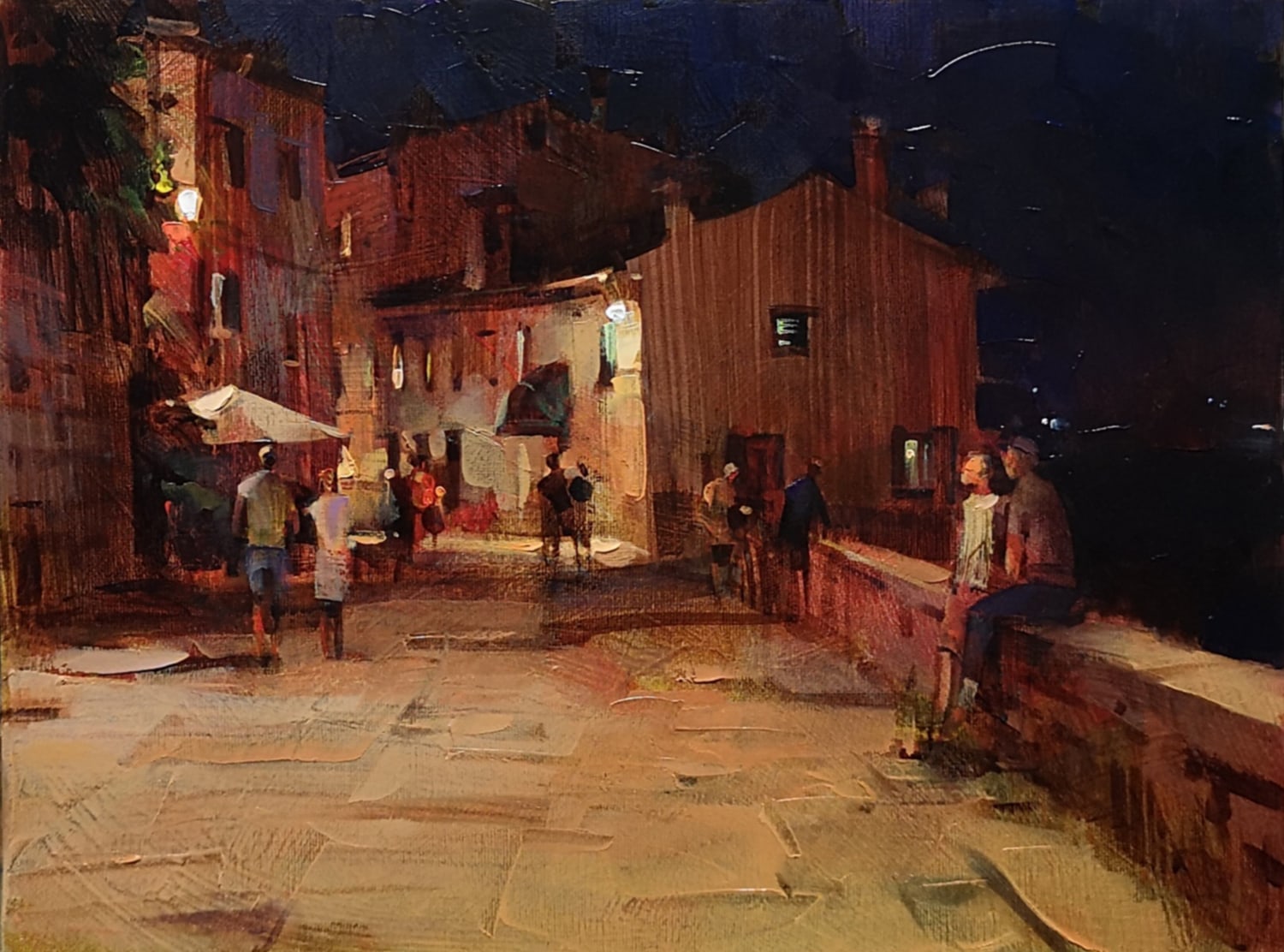 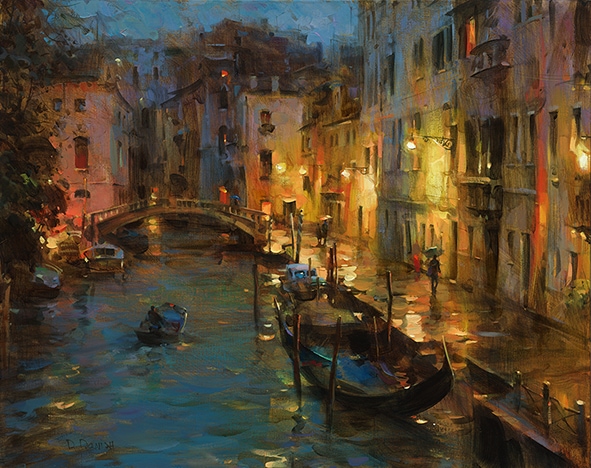 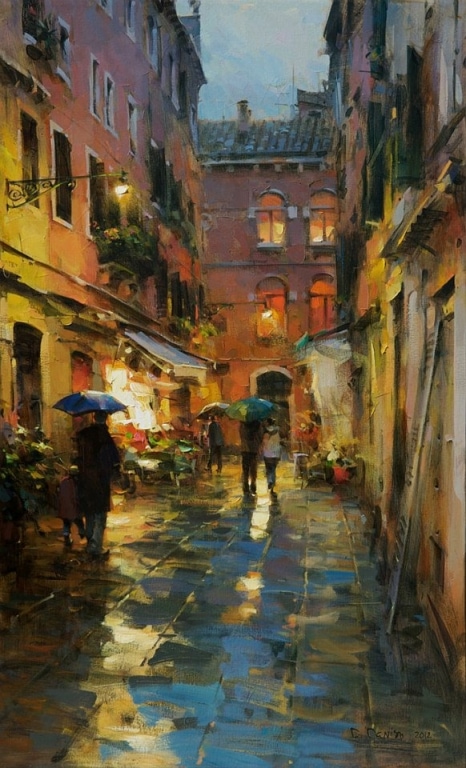 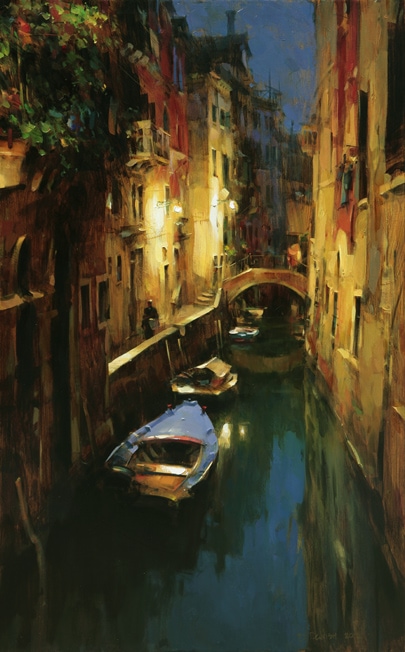 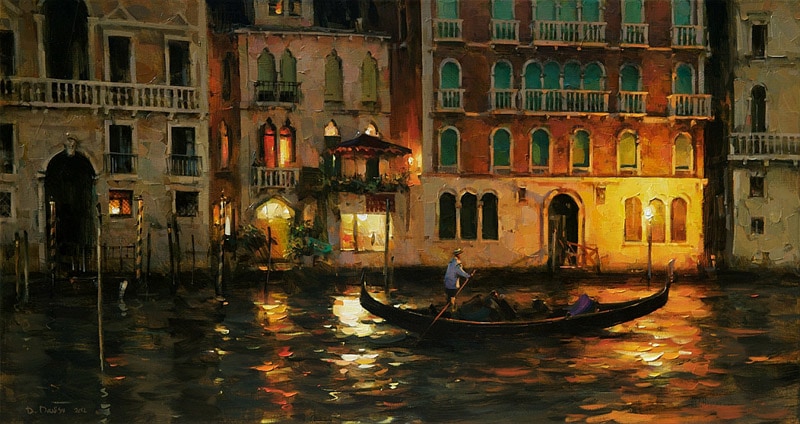 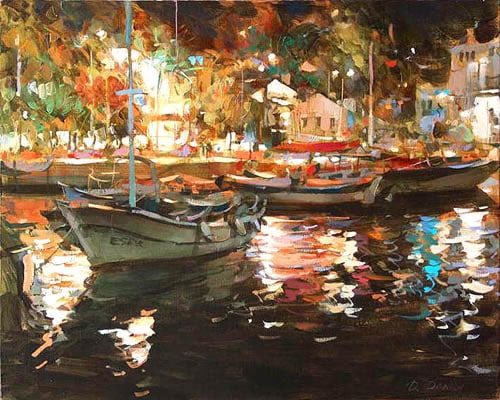 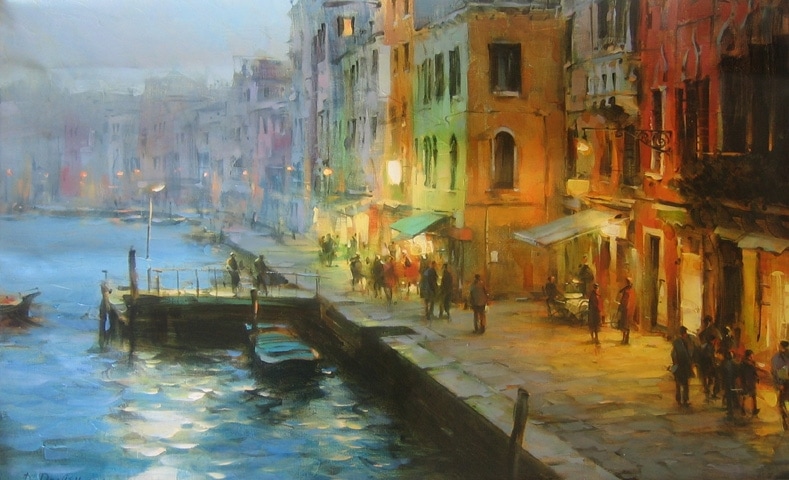 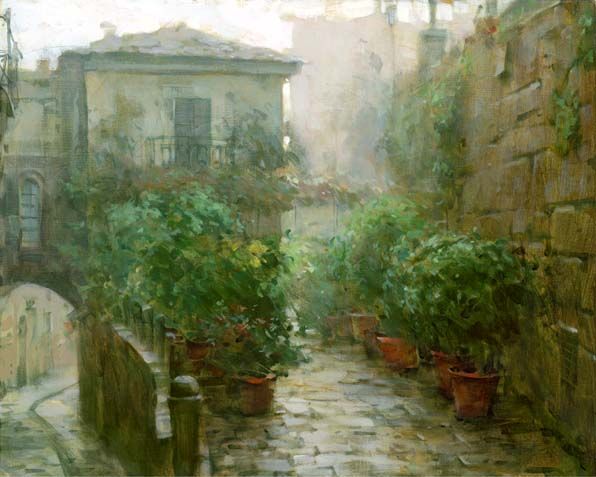 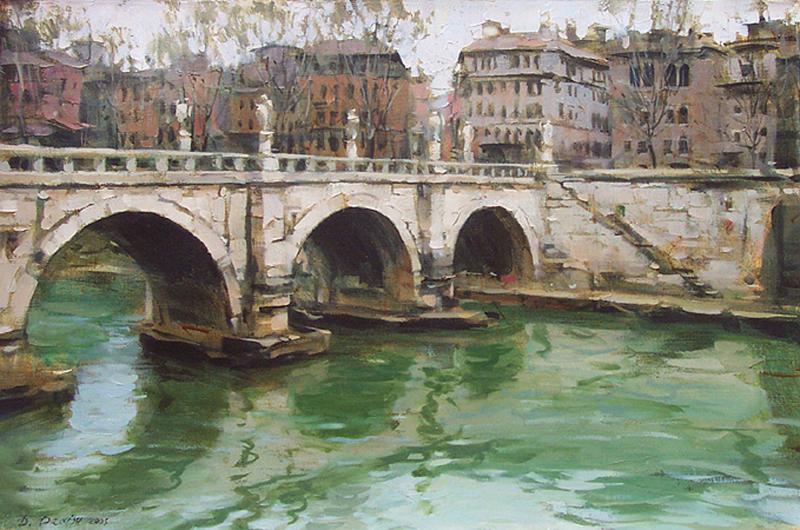 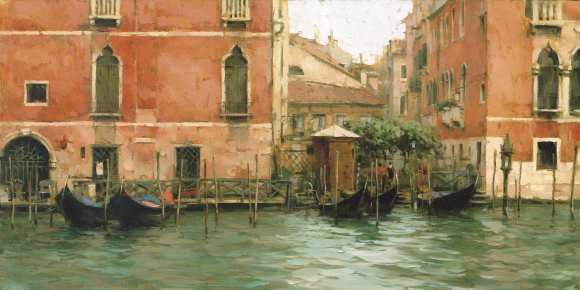 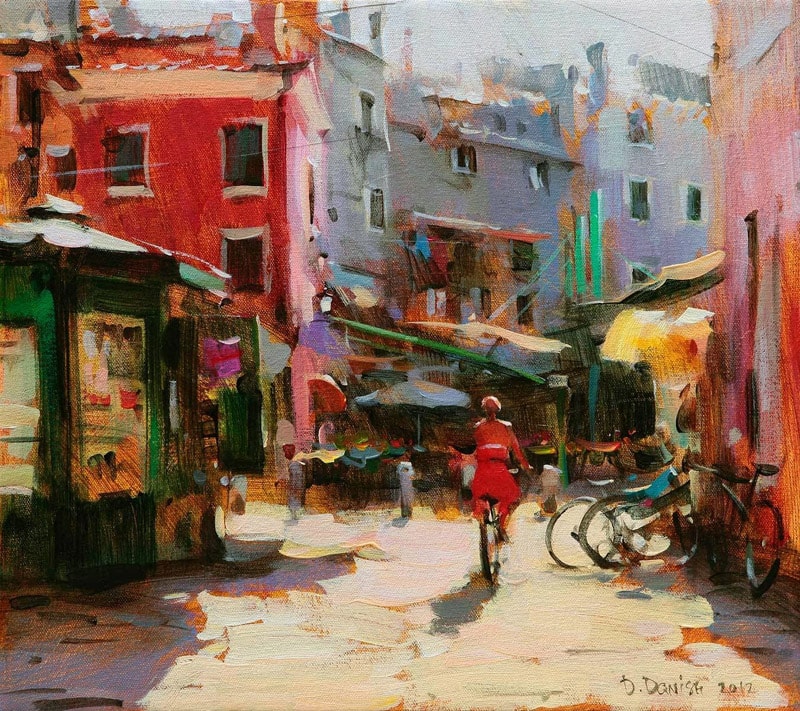 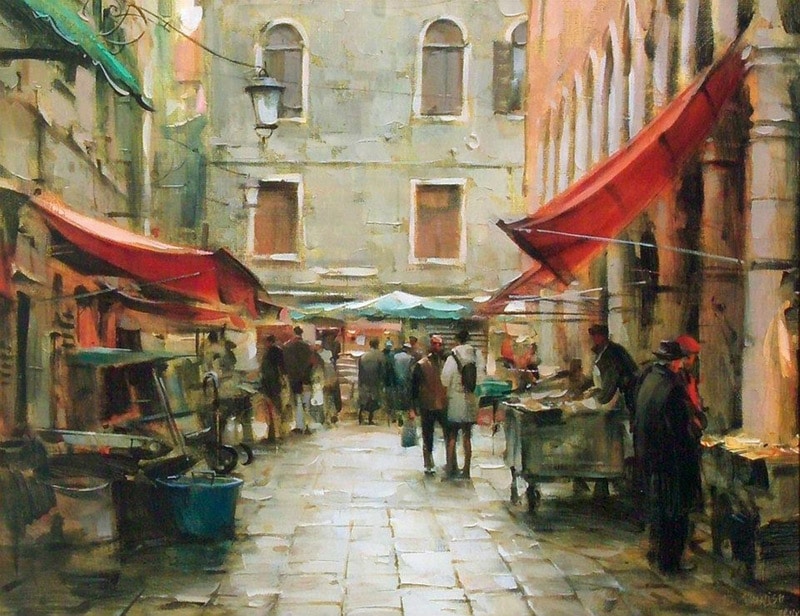 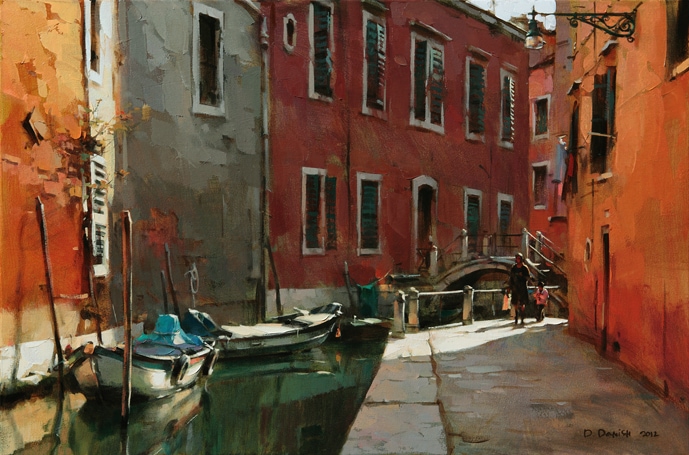 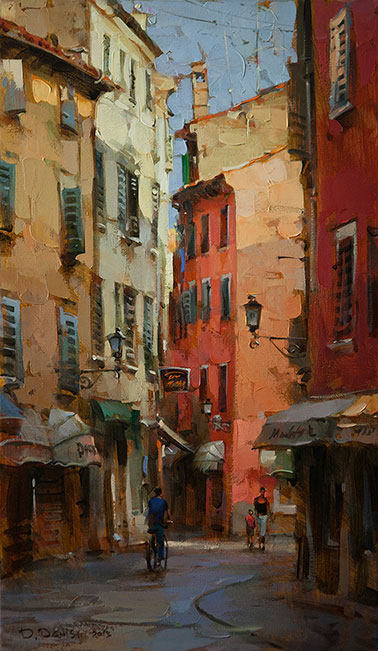 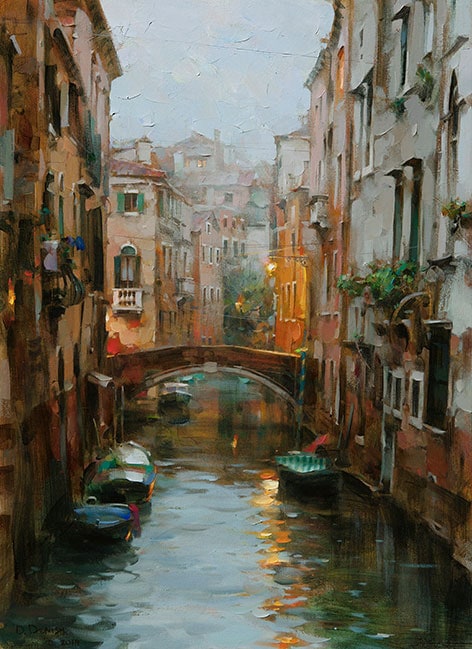 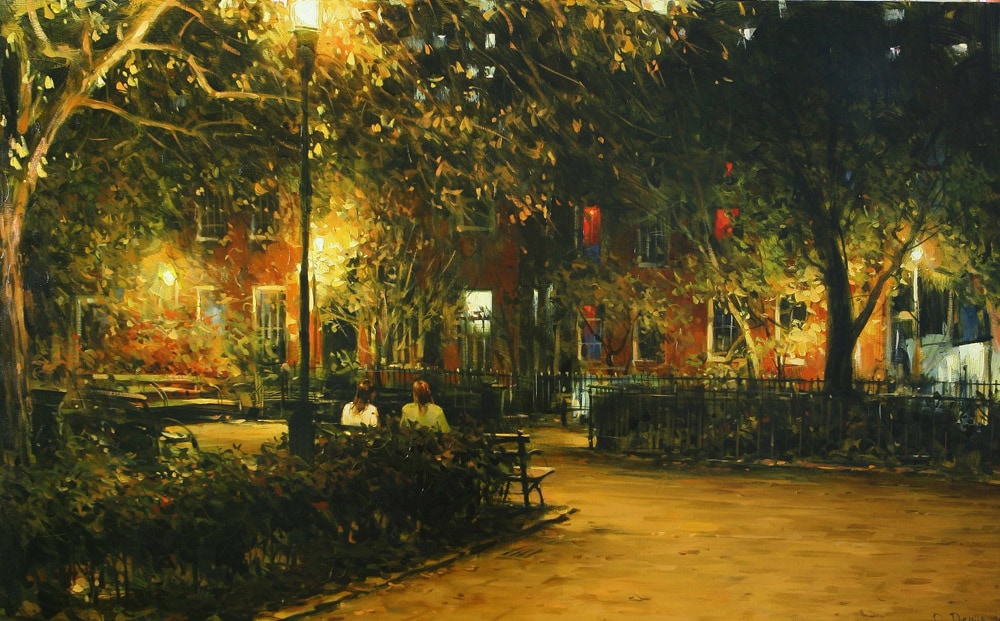