PHILLIP PHILBECK — Born in 1968, Philbeck grew up in rural Cleveland County, North Carolina. He now resides just across the line in the foothills of Rutherford County. There hasn’t been a time when he didn’t paint. The surroundings in which he grew up are frequent subjects for his paintings. Among his favorites are grand mountain landscapes and views with farms, streams, ponds, coastal scenes or anything with which he feels an emotional attachment. Though he’s known for the skill with which he carries out all aspects of his work, he is particularly noted for the profusion of details throughout his skies. “The sky sets the basic tone for my landscapes”, he adds. A skill which separates him from most artists is his attention to specific details and staying away from a generic look. He favors differentiating between types of shape and texture of objects in his paintings such as different species of trees or cloud formations. “The texture of oak leaves is different from a persimmon at a distance. Also in winter, the bare limbs have a character all their own. Springtime is also wonderful to contrast the differing buds such as the differing character between the muted greenish brown of the pin oak and the pale cool green of the white oak. I also like the textures of snow, from fresh new fallen snow to snow that has been trampled down a bit from people and animals going through it.”  Though he loves realism with an intimate and nostalgic look , Philbeck has a tendency towards the romantic Hudson River School of Art by bathing his scenes in a dramatic light and atmosphere. As for his preferred medium, oil has always been his number one choice though he sometimes does work in gouache and acrylic.

The Art Shop has many original works by Phillip Philbeck.  Please watch this space. We will post pictures of Philbeck originals as they become available. 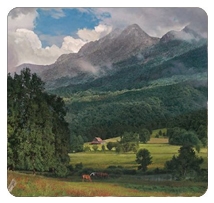 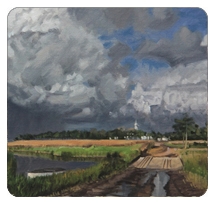 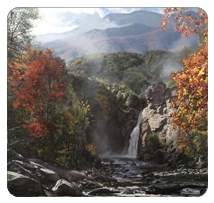 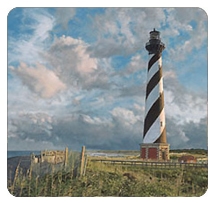 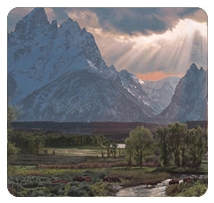 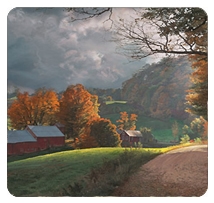