Frank Getty was born in 1967 in Northern Germany. Frank showed a prodigious talent for painting as he was growing up. But his father urged him to learn a “normal“ profession and so he became a house-painter and decorator. He specialized in large-scale murals and commissioned paintings, but it wasn’t until he spent time in New York and London that he chose to become a professional full-time artist. Frank specialized in the palette knife work and impasto style he developed in his decorating days. The vibrancy of his palette and strong textural approach using a palette knife, give his paintings a particular flair that is completely unique in the field of contemporary art. At once, Getty continues the legacy of impressionist painting, and bring his work into modern age. Critically Getty has attracted high acclaim throughout the world. His work has been recognized in a number of exhibitions from New York to Sydney and enjoys a growing collective of serious collectors. So his grand, dynamic, architectural cityscapes and seascapes are sold throughout the whole world. 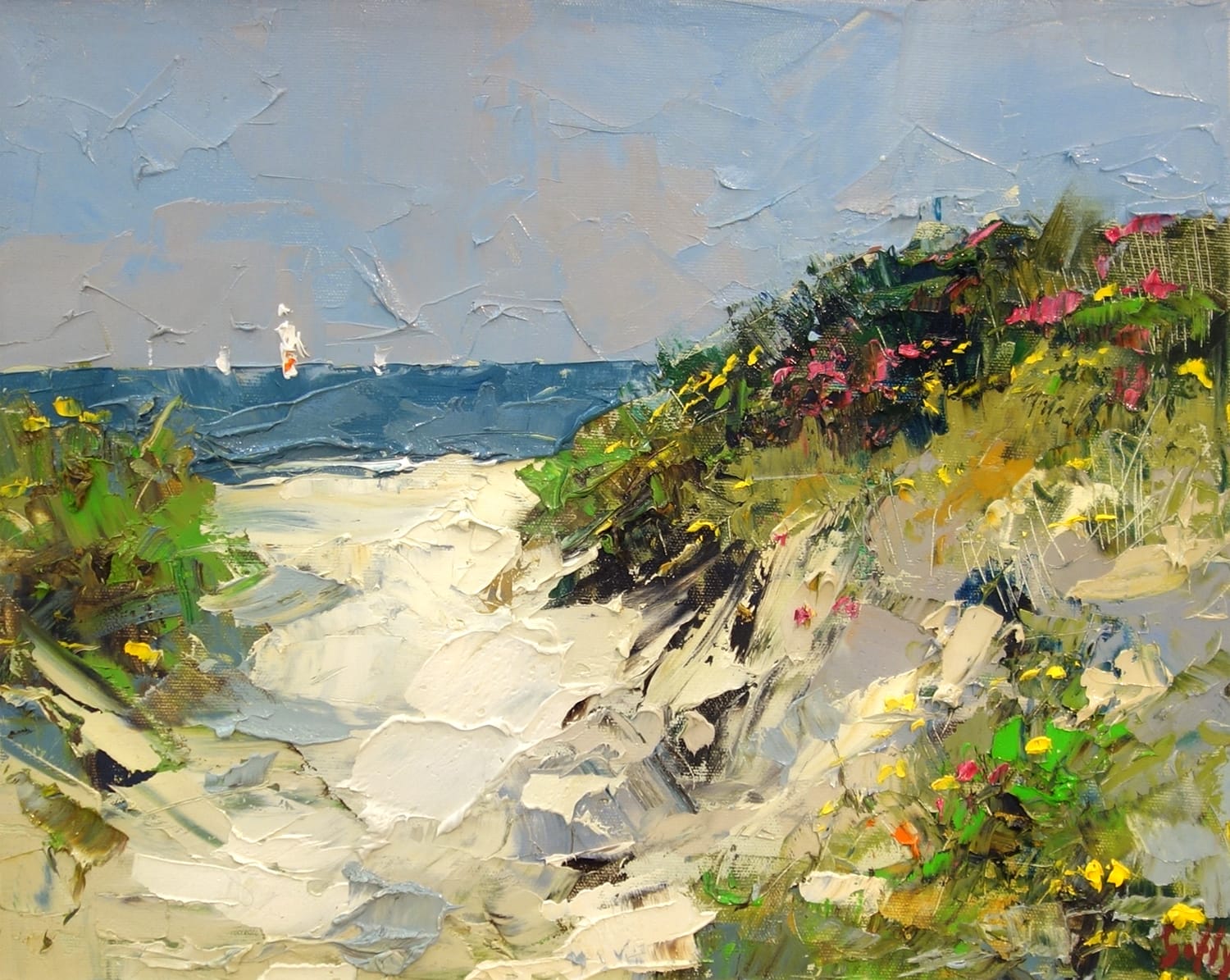 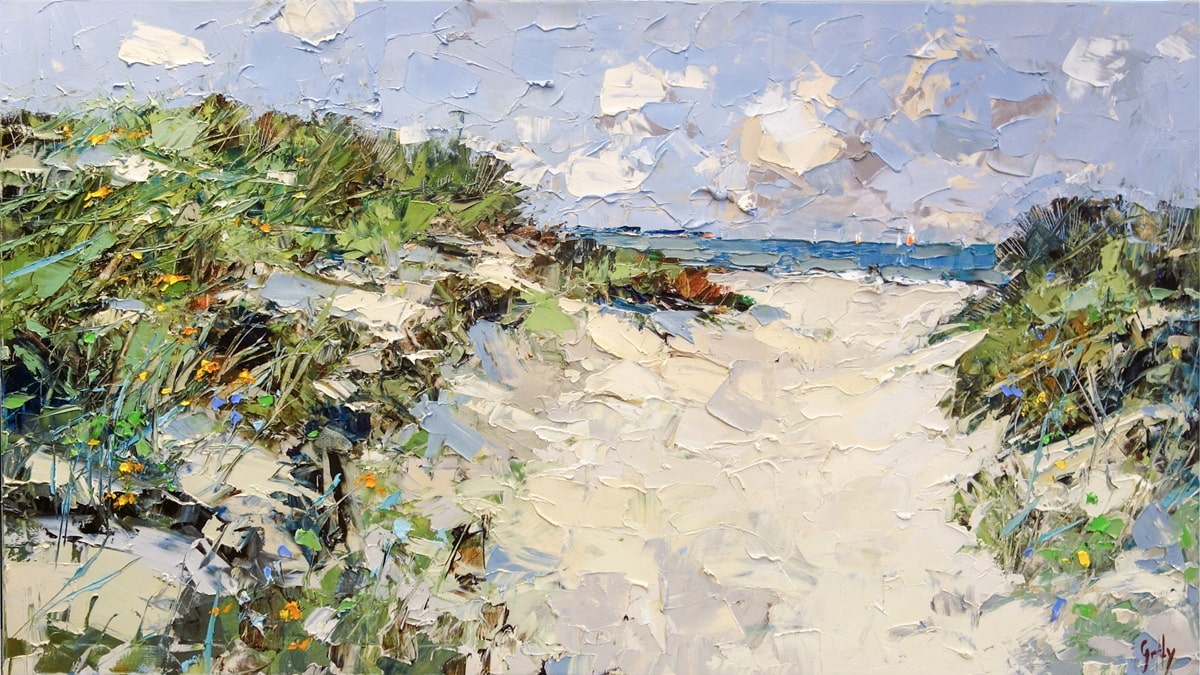 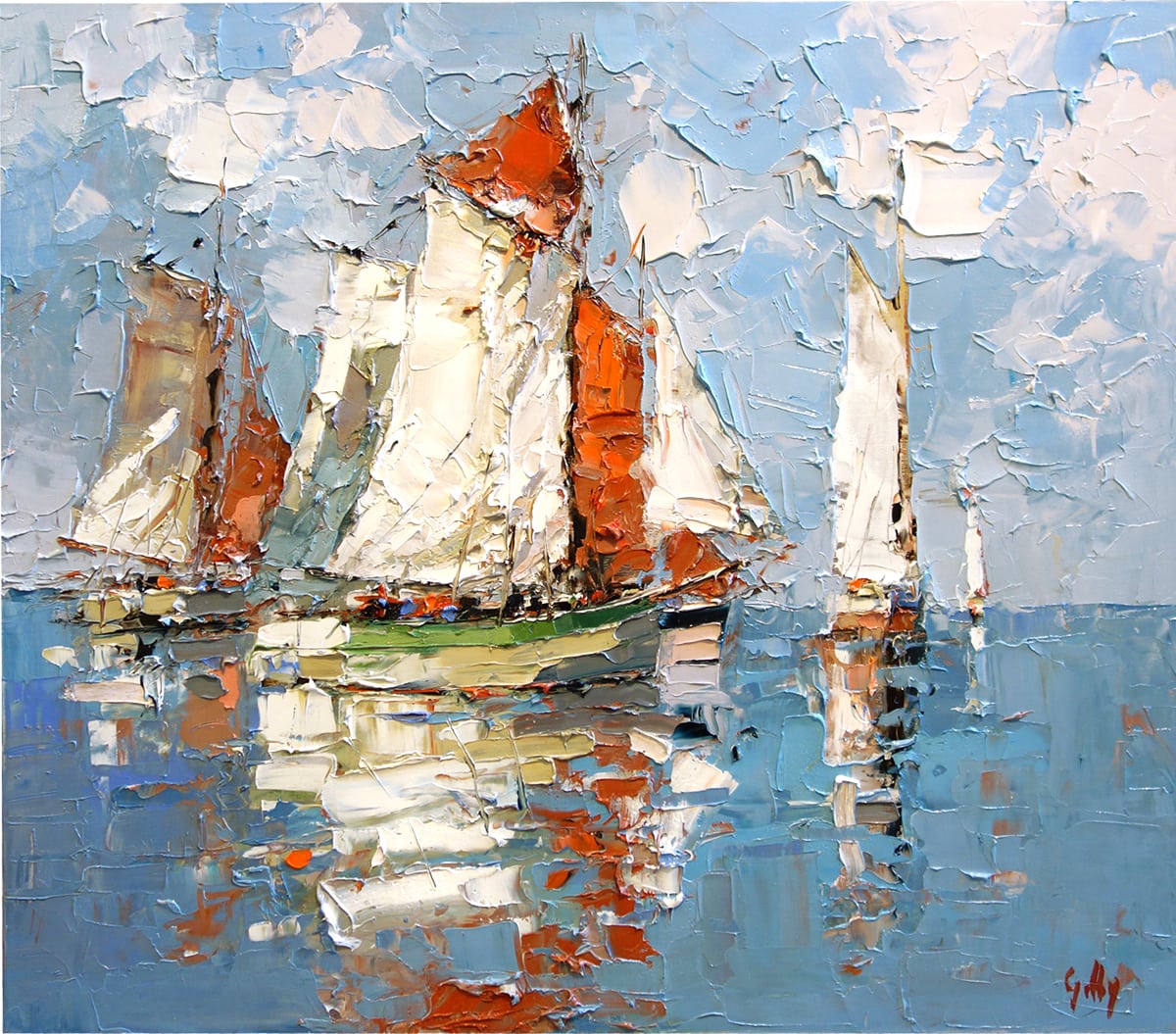 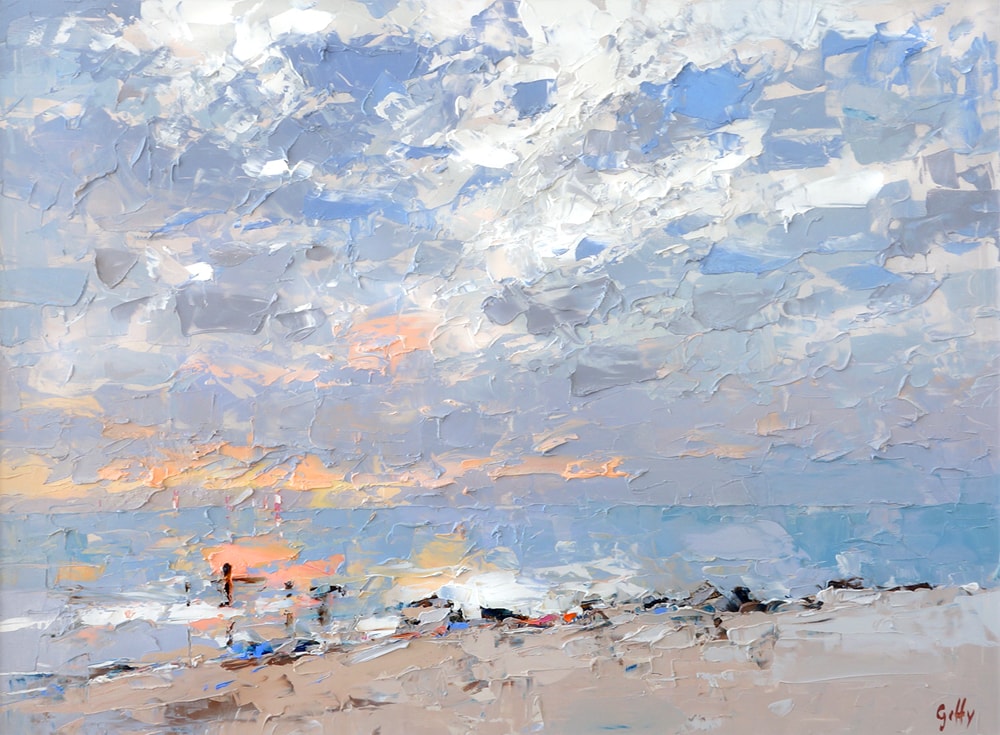 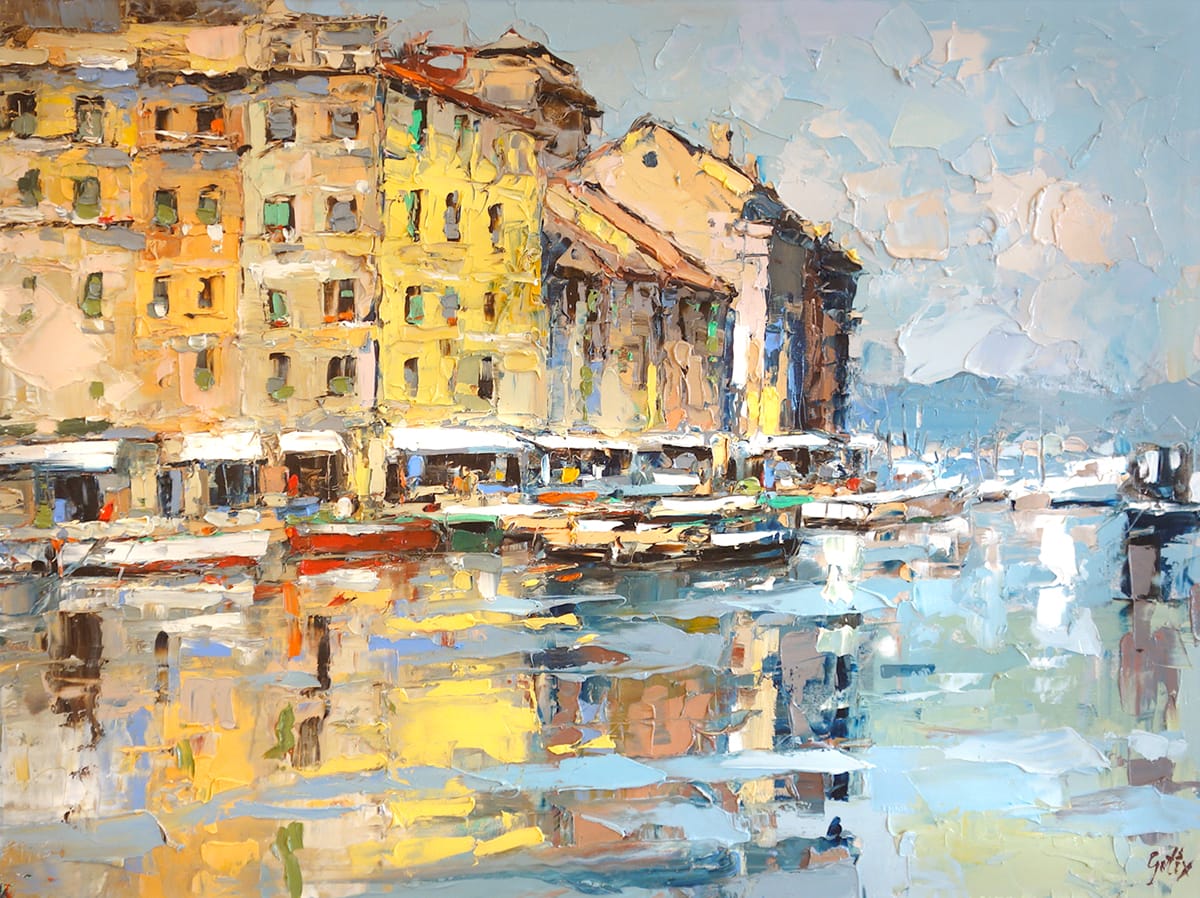