Unless you grew up under a rock, you know I’m quoting Dr. Seuss.  I cannot hear those words without getting nostalgic.  Lenny and I could probably recite most of his books by heart twenty-five years or so after we read them to our two children.  Now, we love to read them to our granddaughter whenever we see her.

We are very excited to be hosting the “Hats Off to Dr. Seuss” exhibit from April 4 – 19 along with works from the Secret Art of Dr. Seuss collection. In celebration of the 75th anniversary of the publication of The 500 Hats of Bartholomew Cubbins, this is the first time in history the two collections are presented together.  We are highly honored to be one of a limited number of stops for this traveling exhibit. 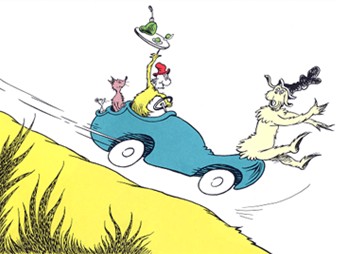 Signed copies of Green Eggs and Ham: Would you? Could you? In a Car serigraphs with the signature of famed race car driver Jeff Gordon will be included in the exhibit.  The Jeff Gordon Children’s Foundation is dedicated to finding a cure for pediatric cancer. Each purchase of this serigraph goes to supporting the foundation. 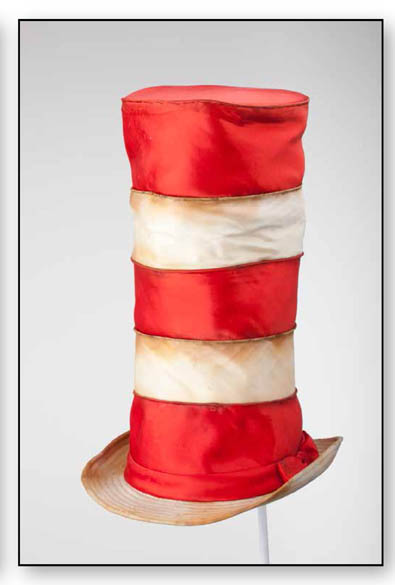 While the works of Dr. Seuss are iconic, his hat collection and his paintings are virtually unknown to the general public – until now.  Legend has it Ted Geisel (Dr. Seuss) was always fascinated with hats. He saw them as transformational – an exclamation point – on a person’s behavior. At formal dinner parties, he gave his guests fanciful hats to wear.  Wouldn’t you love to have been invited to one of those dinners?  The hats were hidden away in a secret closet behind a bookshelf in his estate and his widow, Audrey Geisel, has generously allowed both collections to travel the country at a few select venues. The hats travel in an old fashioned steamer trunk and the exhibition premiered at the New York Public Library.  You can see why we are both honored and excited to be included as one of the stops.

How much do you know about the life of Dr. Seuss? I actually did a term paper in high school about him, so he has always fascinated me. (Do kids still do term papers?)

Theodore Seuss Geisel was born in Springfield, MA, in 1904.  He graduated from Dartmouth College where he was editor-in-chief of the campus humor magazine until he and a group of friends were caught drinking at a party during Prohibition. He first adopted the pseudonym, “Seuss” so he could continue to contribute to the magazine. Not only was it his middle name, but it was his mother’s maiden name as well. 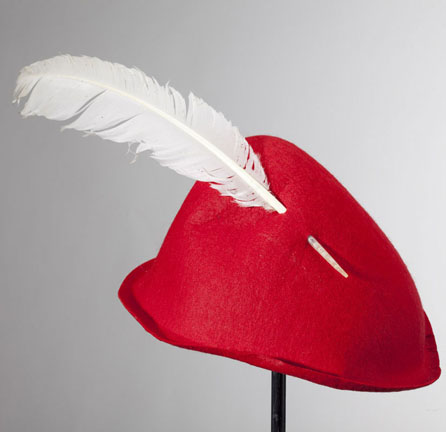 He studied briefly at Oxford University in London after graduation where he met his first wife, Helen, a children’s author and book editor.  After travelling throughout Europe, he returned to the US and began a career as a cartoonist. He was published in several magazines, but spent 15 years creating ad campaigns for Standard Oil.

He was too old to enlist during World War II, so he enlisted in Frank Capra’s Signal Corp to make training films.  After the war, he illustrated a collection of children’s sayings for Viking Press and then wrote his first book, And to Think That I Saw It on Mulberry Street in 1937.  It was rejected 27 times before it was published.  (Keep that in mind the next time you are rejected for something.)  His first wife died in 1967 and he later married Audrey Stone Geisel, who today (in her 90’s) serves as President of Dr. Seuss Enterprises.  In his lifetime, Dr. Seuss won two Academy Awards, two Emmy Awards, a Peabody Award and the Pulitzer Prize.

Follow this link to see the incredible paintings available for purchase and to learn more about the show.  All of us at The Art Shop hope you’ll join us for this once-in-a-lifetime opportunity.