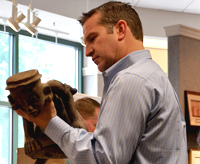 I am going to brag…just wanted to warn you.

Janelle created a great video about Andy’s recent guest shot on Rock 92 Radio’s morning show.  He was terrific in the interview – funny and knowledgeable and entertaining.  Listening to him you’d never know he was actually nervous about his appearance.  He sounds like he does it every day. Listen and tell us what you think.

The Art Shop’s Inc. owner and president, Lenny Dolin, is an avid cyclist, tennis player and art lover, but unlike a lot of people who are either left brain or right brain, Lenny is also adept at debits and credits and anything to do with accounting.  What makes many people’s eyes glaze over comes easily to Lenny.  "I just know enough to be dangerous," he says.   Modesty aside, thank heavens he’s good at it because a businesses can’t survive without someone in control of its finances.  He pays all the bills and the salaries of our incredible staff and keeps The Art Shop on a steady financial keel.

Lenny has had three careers in his life: 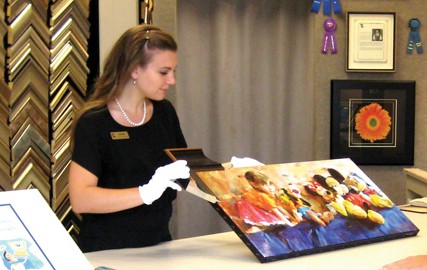 Janelle DiLizio, Gallery Manager, grew up in Cape May, a small Victorian town at the southern most tip of New Jersey.  She studied art at Moore College of Art & Design and business at Peirce College in Philadelphia.

Continuing our theme of featuring our staff members and what they love to do at The Art Shop, here’s what Janelle had to say: 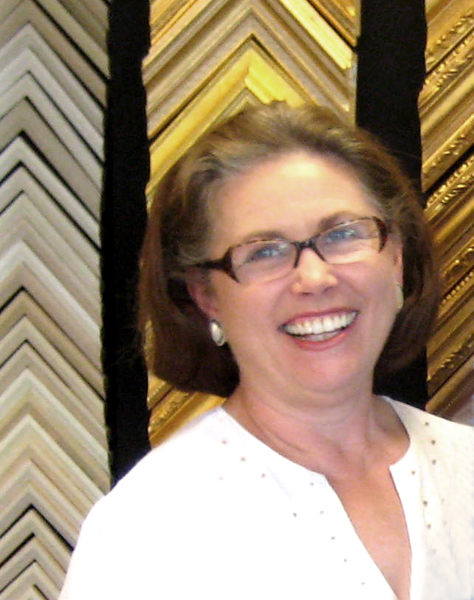 Jaqui Reilly moved to Greensboro from New Jersey in 1995 and joined The Art Shop the following year. In New Jersey, she did framing for Eddie Murphy and Alan Alda among other notable celebs. She came to The Art Shop first as a client and was so knowledgeable we wouldn’t let her leave. She has amazing taste that has resulted in a very loyal following. Her favorite thing? Preserving personal treasures, which she describes in her own words:

I was lucky to be the daughter of a "saver." My mother, a product of the Depression, was loathe to toss anything out, especially anything sentimental. The fact that she lived the whole of her married life and beyond, some fifty-six years, in the same house, contributed to her tendency to accumulate various collections. 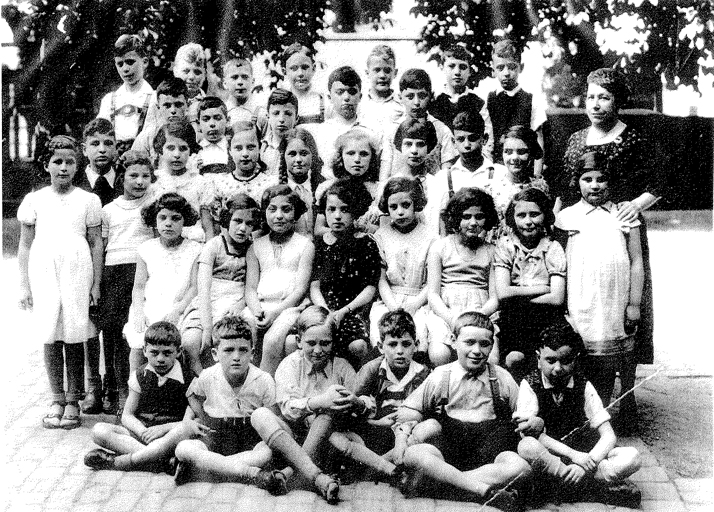 When you’re a framer, you often have the great fortune to see some amazing and wonderful things clients bring in.

Recently, an elderly gentleman brought in an old school photo. In the photo, he is a young boy among 30 or so other children and their teacher standing in the schoolyard. We get lots of old photos and we love to see them.  What is unique about this photo is that it was taken in Germany in the 1930’s. 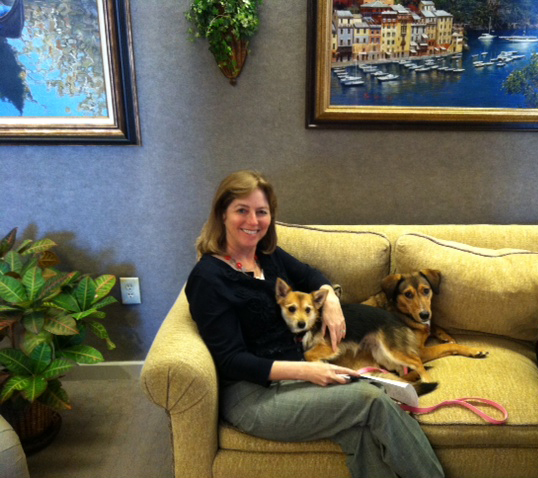 I thought it might be fun to introduce each member of The Art Shop staff by letting them tell you what they love to do (as related to The Art Shop).  Since I’m the one writing most of the blogs, I guess I’ll start with me.

I am Arlene Dolin, Vice-President.  My husband, Lenny, and I have owned The Art Shop since 1989, which is difficult to believe since I don’t feel that old!  I’m pictured on The Art Shop sofa after a staff meeting with Molly & Emma – our two rescued babies. Rescuing dogs is another thing I’m passionate about, but this is a blog about The Art Shop, so I digress.

Ask yourself the following questions:

If you answered NO to any of the above, then consider how you’ve been treating your art:

The three most common mistakes people make when hanging a
picture are:

One of our favorite sayings is "If it isn’t moving, we can frame it."  (We were tested once while framing huge spider.  IT MOVED! The framer had extensive therapy and is doing fine now. Thank you.) When you work with clients on framing projects, you often have a window into their lives and it can be a rather intimate experience.  Obviously, I don’t mean intimate in THAT sense, although we have on occasions framed nude photos of people.

A New Year’s Resolution – Buy Local and "Call the Man, Aunt Bea!"
There’s an expression Lenny and I use nearly every time something needs to be repaired in our house – "Call the man, Aunt Bea!  Call the man!"  If you’re an ANDY GRIFFITH SHOW fan, you’ll recognize this right away.