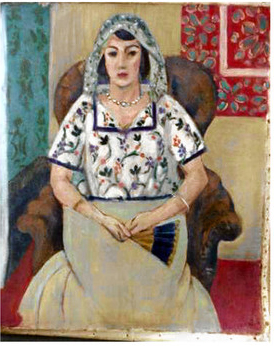 There’s an important update to our previous blog, “The True Story of Monuments Men.”  In the blog, I wrote about the real life heroes who worked tirelessly to restore and return to their rightful owners art stolen by the Nazis.

I mentioned the high-profile case of Cornelius Gurlitt, son of one of Hitler’s major art dealers. During a 2012 investigation over tax evasion, nearly 1,400 valuable pieces of art by Matisse, Chagall, Picasso and others were discovered in his Munich apartment.

He claimed his father, Hildebrand, acquired the works legally, but the elder Gurlitt, an art dealer, had a reputation of collaborating with the Nazis. Gurlitt later said his father opposed the Nazis, but cooperated with them to save the works of art.  Many of these works were believed to have been stolen from Jewish art dealers or owned by Jewish collectors forced to sell them far below their value. 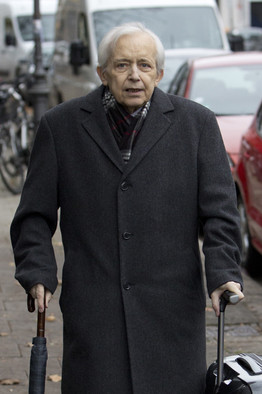 German authorities kept their discovery a secret for two years, drawing criticism from the US, France and Israel.  They tried to justify their secrecy by saying it was necessary for their continuing investigation into Gurlitt’s finances. The discovery was made public just a few months before the release of Monuments Men, the movie – certainly good timing for them..

The paintings were confiscated by a court-appointed task force and Gurlitt never saw the art again before he died. In ill health and anxious to clear his father’s name and his own, he signed an agreement in April with the government to return stolen paintings to the heirs of their original owners.  Unfortunately, he died on May 6, 2014.

In his 80’s when he died, he had never married nor had any children. His only sibling, a sister, died two years ago. He drafted a new will a few months before he died, donating his art to a Swiss museum. He was angry with his native country for confiscating the art he loved and wanted to deprive Germany of it when he died.

Fortunately, for the original owners of the artwork, the agreement signed by Gurlitt legally binds his heirs, so these valuable art pieces may one day find their way back to their rightful owners.