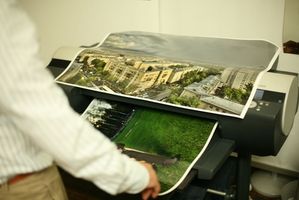 …..And what does it have in common with cornflakes, silly putty, a slinky and chips?

A giclée is a reproduction technique in which an image is generated from a high-resolution digital scan and printed with archival quality inks onto various substrates including canvas, fine art and photo-based paper.

The name “giclée” was first coined by Jack Duganne in 1991.  He was a printmaker who wanted a name for a new type of print he was producing from an IRIS printer, a large format, high-resolution industrial prepress proofing inkjet printer that had been adapted for fine-art printing. He came up with “giclée” – based on the French word “gicleur” which means “nozzle” and its verb form “gicler” which means “to spray.”

Giclées have several advantages over lithographs:

Artists can produce their work as needed as opposed to having to produce a mass edition. Once an image is digitized, it can be saved and printed on demand. This eliminates the often prohibitive up front costs of printing a full edition. (Giclée’s editions are still limited.) 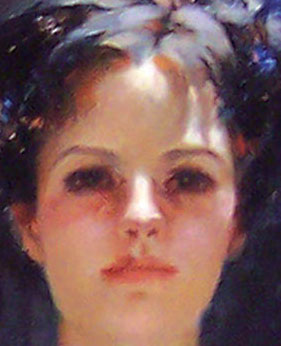 Giclées can be printed on any surface – from canvas to water-color paper to vinyl to transparent acetate.

Digital images can be reproduced to almost any size and onto nearly any media. This allows the artist to customize prints for a specific client.

Giclées are brighter, last longer and the resolution is so high, they are virtually continuous tone as opposed to the dot pattern you see in off-set lithography.   They are closest to representing the true colors of an original of any reproduction process. Compare the close-ups giclee on top to the litho below.

Because they can be printed on canvas, glass is not needed when framing giclées and they can often be confused with an original.

Costs are higher than lithographs, but significantly lower than original art.  Many artists embellish their giclées, thereby increasing their value. 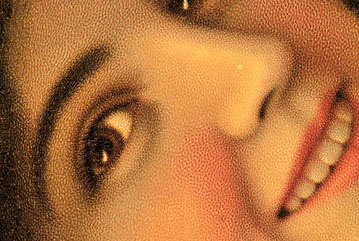 What do giclées have in common with the other items above?  All were invented to be used for something other than for what they are currently known.  Giclées were originally developed as proofing vehicles for traditional lithographic presses. Once it became apparent the presses couldn’t duplicate the vivid colors and the quality of giclée proofs, they became a popular medium in their own right.

(In case you were wondering, Cornflakes were invented by Seventh Day Adventists seeking something nutritious for a vegetarian diet, Silly Putty was an attempt to create a synthetic rubber substitute during World War II, the Slinky created by a naval officer trying to develop a spring to stabilize equipment on a ship and potato chips by a frustrated chef who was trying to please an annoying customer.)

The Art Shop’s gallery is filled with original oils, giclées and embellished giclées from the world’s most collected artists. Visit our website at www.artshopnc.com  or better yet, visit us in person to see for yourself.