.…does the price of the work increase in value?

It’s a question we get asked very often.  The answer is:  Sometimes yes, sometimes no.

In most cases, an artist’s death has little or no impact on the selling price of his work. Artists who were ignored in life are generally ignored in death. Van Gogh, Monet and Gauguin were well known exceptions to this.  They were penniless social outcasts whose works were held in contempt until after they died. Of course, this was in the late 1800’s.  In today’s marketplace, the concept of a starving artist whose death gives his work new life rarely happens – unless a dealer decides to capitalize on the death and aggressively market the work.

Two recent examples of this are Arthur Pinajian and Dave Pearson. Pinajian created thousands of abstract expressionist paintings in his small home in Bellport, NY. After his death at 85, his home was sold to investors for $300,000 and his entire collection for $2500.  An appraiser has valued the collection at well over $30 million with some of his pieces on sale at New York galleries for $87,000.  Pearson’s story is similar.  He was a prolific British artist who taught at a local university. He sold a few pieces and had a few shows, but most of his work was never seen until after his death when over 15,000 pieces were discovered.  They are now valued in the millions of dollars.

Generally speaking, for an artist’s work to increase in value after his death:

If an artist’s work was in demand and he dies suddenly, his collectors realize the number of works available now becomes finite after his death. With no new art available, panic sets in, collectors scramble to find the work and prices spike.  In most cases, after a period of time, the prices gradually settle back down. Prices of art by Andy Warhol and Basquiat spiked after their deaths and have come back down to earlier levels.  In some cases, prices can actually drop.  Collectors and heirs of Picasso and Alexander Calder flooded the market with their works after their deaths causing prices to drop.

Over the 24 years we’ve owned The Art Shop, we’ve suffered the death of several artists.

Most recently, we lost Pino and Thomas Kinkade.  Pino’s originals and sketches have continued to escalate in value as have sold out limited edition giclees.  For Kinkade, there was a rush to purchase his works shortly after his death, but because of the large supply of reproductions, prices didn’t go up and demand settled back down a few weeks later. 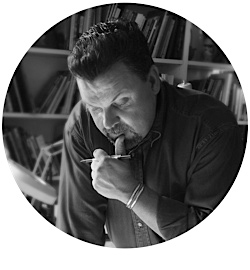 If you own original works, chances of it escalating in value after the death of the artist depend on the factors discussed above.  One thing to keep in mind is the condition of the art.  Art that is damaged or that needs restoration will not increase in value, so be sure to protect what you have. We’re always happy to evaluate the work and make recommendations on how to preserve and protect it for future generations.